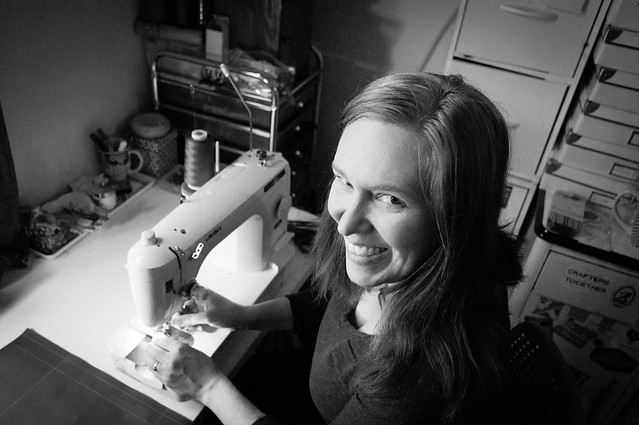 So I mentioned at the beginning of the year that I was working on the Dogwood 52-week challenge. This week's challenge was "Environmental," where the subject was supposed to be in its natural habitat. I ended up taking some shots of my close personal friend Cinnamon Cooper, co-creator of the DIY Trunk Show and excellent purse maker.

These photos were taken in her home studio, which is chock full of fabric, cutting surfaces, and a sewing machine. I used a number of lenses including a wide-angle Sony lens and the New Petzval 85, the latest awesome Lomography lens. The bokeh in these shots was rather limited, but the lens itself is a very nice and sharp portrait lens, so it worked out very well.

I ended up with so many cool shots that I put together a Flickr album (above) to show them all off. This week's challenge was one where I had an idea of the shot I wanted to do, and I was able to pull it off with a minimum of fuss and maneuvering. So there.